Binoculars raised, we inspect the sheen of feathers, the curve of a beak, and record the time and date of the backyard sighting on the inside back cover of Birds of San Francisco which we keep in the top right-hand drawer in the kitchen.

On NASA’s website, a time-lapsed satellite photo of the earth at night. Europe and India are fully illuminated, as is North America, especially New York but most particularly, it’s Japan that glows from above—a convergence of neon and incandescent streetlights, headlights, nightlights, flashlights, camera flashes, flashing lights on smoke alarms and teakettles. From outer space Japan radiates, a brilliant star surrounded by seawater.

The BBC reports a major earthquake in Fukushima, damage to the nuclear power plant rumored. Thousands are evacuated, though officials say there’s no public health risk.

Something has to be done. No counter space, no insulation, a broken window, nowhere to put recycling. More than anything in the world, we want a dishwasher. Also one of those spray attachments for the faucet. They look really handy.

We sign with a contractor who uses environmentally-friendly products. The job will be completed in three weeks, and decisions must be made immediately: window cranks, drawer pulls, sink depth, cabinetry, and the shape of ogees. We consider more than forty shades of white paint. It makes us quarrel.

Kitchen walls down to the studs, the house is filthy as a dirt mine. I try to meditate, but I’m afraid, obstructed, air traffic is disrupted. The sky over Japan is emptied of planes, birds, words, paper and that into which it is folded.

Flash of red and an echoless thud—a robin crashes flying into the window. Gray and white feathers quiver on the sill like prayer flags too late. Flapping in the wind, they cover the stoop, the stairs, the sidewalk out front, far more abundance than seems necessary to keep one bird aloft.

Technicians attempting to prevent meltdown are ordered to evacuate the Fukushima power plant.

Outside the kitchen window a chorus of robins erupts in the cherry tree, its blossoms pink and violent as ten thousand hearts breaking open all at once. Online, it’s Japan again, spring weather and a plume of toxic wind blowing east by southeast.

Tokyo Electric issues a press release stating they expect a conclusion to the Fukushima nuclear crisis in early October.

We didn’t count on the toxicity. A compound used to glue the countertops triggers an intractable migraine. We flee to Paris at the end of our endurance.

There’s new construction and from the window of blue room on Passage Sainte-Avoye we no longer witness the swallows’ death-defying dives into the cobblestone courtyard, their trust in dusky Parisian air. The way it always lifted them up again.

We lost the bird book, tossed out with all the kitchen rubble, no doubt. We adapt to the new sink depth, but the spray attachment is a disappointment. It never works quite as we imagined.

I fold paper for hours, origami cranes to string along the edge of the radioactive sky.

We can’t get over it. We mourn Birds of San Francisco like a lost Eden, symbol of something irreparably broken. Something we did wrong. 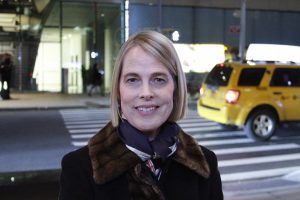