Transport Train 7 is in motion again,

Going who knows where, the brigands

won’t say. In prison I was a stone, now

against the boxcar slats and smell onion fields

growing, read the color of the sky, searing blue.

uniform. Some of us, just out of solitary,

now we all talk at once. Zinaida recites

her own poems. Sonya says life before Yaroslavl

was long ago and never happened anyway.

Who am I? Until today I was Cell 3, north side.

I was once a teacher, journalist, mother,

Who knows when you’ll need a poem?

Guards pound the door, accuse us of hiding

books. It’s not me reciting poems.

It’s not God, he was deposed with the Tsar.

prisoners in it’s arms. It’s the rustle of women

lying down on their bunks to remember love.

It’s the wind seeping through the slats of the train.

*Original music accompanying these poems were written by Steve Jones who is a composer, musician, songwriter, and teacher who lives in Kensington, MD. He has written two jazz musicals. 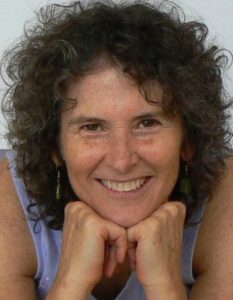