the smell of brass smoldering in his

he woke to the fire of the parade

out the window of his room

he placed me back into the pride of the beat

for death & for spring

for the fattening before Lent

from the wishes of Pans & princesses bouncing free

til the brain bursts

inside tell me what you see

it’s how you enter

walk into any shop on Magazine

the sweet what you need, shas[1] pour

to ease the sting of sugar cane

the sweet what you need, shas

for the ease of the whole city in one big boat

gliding in with all the saints

a shack losing its roof in the black pearl

my cousin waving defiant in the middle of the dance floor

oblivious to every shoulder leaning his way

if he’ll give him cash first

waiting outside for gilded snakes to return

i tell my cousin he’s never coming back

he has to he tells me

he can’t stay in that busted shanty all night

people must go back to where they’re from

it’s how the world works

& if he doesn’t have the coke

i’ll trip him when he tries to run

we’re the center of the spiral

we reverse & hurricane it all through the other cities & towns

the lands dry & calm before us

without us America would have no music & no spirits

absinthe from the Old Absinthe House in the alley

the sugar cube aflame in the green

repeating ghosts beating a blue drum clean of its air

we’re the first American town to measure time by storms

then the beads rushed our faces & necks

then the doubloons bouncing off our teeth

we could still be there

no eyelids, no gravity

perched on the drum colors of the parade

sailing the winds of Carnival season

after Brees threaded a holy sphere through the cover two

to still the wailing

for one Sunday all the churches stopped shaking

after 22 intercepted our city’s lost son & took him home

then we knew we’d be marching in

but are we gonna get there with our bodies?

but we need our legs, our feet to second line

we need our mouths, our lips to consume

to burn for blackened cocodril from the grill

Pere whispering the reign of his grandfather Isaac Newton Marks

waiting for a spark to carry

my hometown is one fire after another

give in to the ghost dance

give in to the ghost

into the ghost dance

Denis formed from Dionysius in the veins of family trees

taken from behind by the African gods

we drink on every corner ‘til they’re goddesses

my aunt is slurring my name again at Bacchus

& i know my response will just be spilled

staining the poque[4] chips with my fingers’ want

i put my life on the line

into a new king’s death

each bird a film

my memories of the

rolling in a sea

touching everything & being touched

when you have a body darkened by work & beats

made real by the American sun[7]

answering the call for a country & a culture

is an impossible offering

& let its cries drown in the ghost crowds

swelling through the sousaphone

thickened by the bass drum

curling to the trumpet

this could finally be the wave

that carries us away for good

if the world were made anew

it would be in the line

shooting this march to shore

they all promise nightly

& even though they keep their tone

where we choose the colors & the meter

& asks for a rest

but a brain fire we can’t quiet

a heat we can’t cool

L’Ouverture sparked the sale of Louisiana

even as we spread

with the river it rages

& washes away our faces

every mask a triumph

in a dream we stalk loudly

[3] Rose Nicaud bought her freedom by establishing the first coffee stand in New Orleans in the early 19th century when New Orleans was the largest coffee port in the country.

[4] The original name for poker, which came to America through New Orleans.

[5] Founder of the Creole Wild West tribe, which many consider the first Mardi Gras Indian tribe.

[6] “But race is the child of racism, not the father. And the process of naming ‘the people’ had never been a matter of genealogy and physiognomy so much as one of hierarchy. Difference in hair and hue is old. But the belief in the preeminence of hue and hair, the notion that these factors can correctly organize a society and that they signify deeper attributes, which are indelible—this is the new idea at the heart of these new people who have been brought up hopelessly, tragically, deceitfully, to believe they are white.”

[7] “It is the white man who creates the Negro. But it is the negro who creates negritude.” -Frantz Fanon

[8] New Orleans was the first steamboat to operate in Western waters. 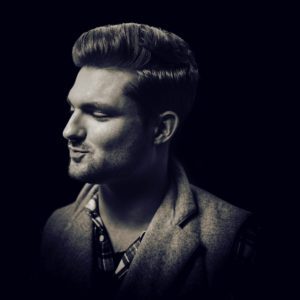 Phil SaintDenisSanchez is originally from New Orleans. His work has appeared in Voicemail Poems, Alien Mouth Journal, Origins Literary Journal, Reality Beach, and Sonic Boom Journal. In addition to writing poetry, he produces and composes music that blends electronic forms, soul, turn-of-the-century classical, the samba rhythms he studied in Bahia, and the brass and marching band traditions of his hometown. He records under the name SaintDenisSanchez and currently resides in Brooklyn, NY.