When I yelled fire she was stoned and watching
TV. Our steaks, our oven, some foil had touched
the element and lit in long flames like yellow trees
waving up through the greasy rack. It was over,
I was dead, I’d burned our world. She walked
to the kitchen, twisted the top off the salt, dumped
a pile of white on my disaster. Extinguished
in a moment, no smoke, no word. Then back
to Three’s Company and the scratch
of her Zippo while she lit a Marlboro.

II
My co-worker’s doing this wrong. I want to tell her
what my sister told me: To sell that sick day,
you have to throw in one more. No one believes
you’re sick if you’re only gone a day. Maybe
they know you’re lying, but two days has the tickle
of the truth. Maybe you almost died. Maybe
you’re brave to come back from that hell of blood
or puking or crackers. Maybe you secretly had surgery,
a D&C and you’ve been sleeping off guilt
and anesthesia. Make them think you have a secret
and it’s not good.

III
My sister said take half the drug. Whatever they
give you, take half. Doesn’t matter what—acid, KJ,
Darvon, speed. Tear it, break it, go in the bathroom
and empty half of the capsule into another. Then put
one half in your pocket. That way if you don’t get
high enough there’s more, and if the guy you’re with
has laced it, you’ll only be half as stupid and twice
as mad. My sister has never OD’d. Her best friend did,
a beautiful angel who hovers over my sister every
minute, every night, every dream, every reading
of tarot or palms or Ouija. We play those ghostly games
and laugh, but I know she’s really listening for a voice,
looking for her friend’s long cascade of hair.
She’s asking every day, every drink, every time
she looks out the window at the back of the 7-Eleven
she’s thinking why in hell did you leave me,
where did you go? 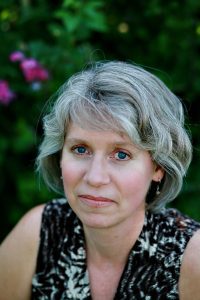