Quarried in Italy, hewn in America,

widowed by smallpox, remarried in Mexico,

comrade of Pablo, paramour of Diego, betrayer of Frida,

documentarian of the starkly colored murals of Jose Clemente

with their ruthless turbines and lurid vivisections,

photographer of farmhands and unionists,

flicked from a cigarette,

muse of the Mexican Communist Party, 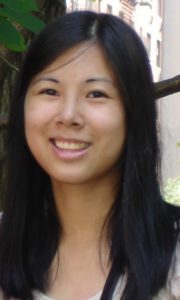 Jenna Le's two poetry collections are Six Rivers (NYQ Books, 2011) and A History of the Cetacean American Diaspora (Anchor & Plume, 2016). Her poetry, fiction, nonfiction, and translations appear or are forthcoming in AGNI Online, Bellevue Literary Review, The Best of the Raintown Review, Denver Quarterly, The Los Angeles Review, Massachusetts Review, The Village Voice, and elsewhere. She is a physician and a daughter of Vietnamese refugees. Her website is www.jennalewriting.com